Hello my friends, how are you all today, we will complete our conversation about Egypt and its long history, which is not over, but it is interesting to know how the Pharaohs lived and how their lives were, and from our information, they found that they had information about the art of building. People around the world say that the Pharaohs were non-human beings. Some of them say they were so great that they could build pyramids and other historic places among the Most famous temples are:-

No site in Egypt is more impressive than Karnak. It is the largest temple complex ever built by man. It represents the combined achievement of many generations of ancient builders and Pharaohs. The Temple of Karnak is actually three main temples situated on 247 acres of land. 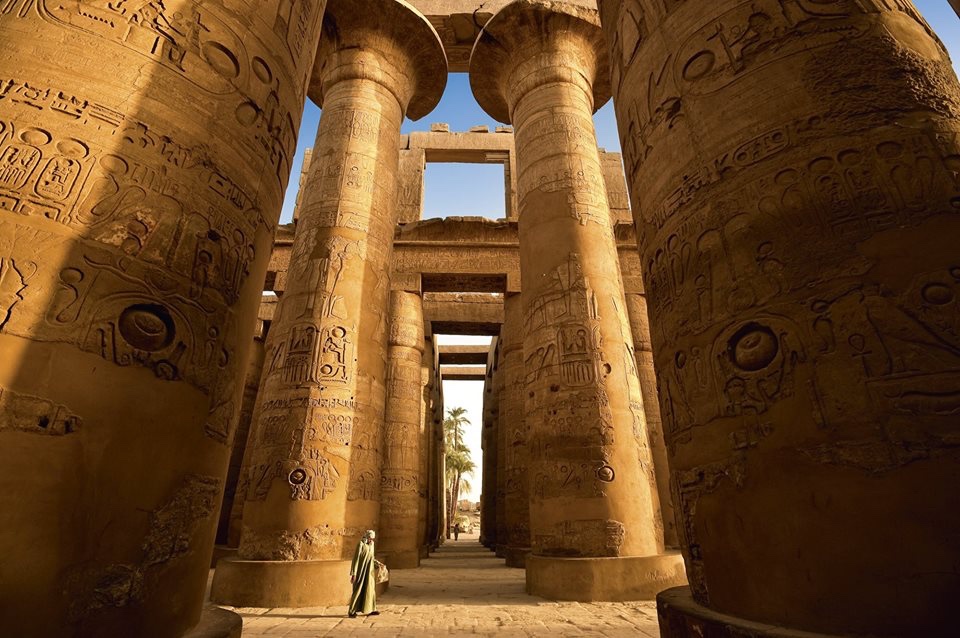 The Rams of Amon (Dreef)

Karnak is the modern-day name for the ancient site of the Temple of Amun at Thebes, Egypt. The Egyptians called the site Nesut-Towi, "Throne of the Two Lands", Ipet-Iset, "The Finest of Seats" as well as Ipt-Swt, "Selected Spot" (also given as Ipetsut, "The Most Select of Places"). The original name has to do with the ancient Egyptian belief that Thebes was the first city founded on the primordial mound which rose from the waters of chaos at the beginning of the world. At that time, the creator-god Atum (sometimes Ptah) stood on the mound to begin the work of creation. The site of the temple was thought to be this original ground and the temple was raised at this spot for that reason. Karnak is believed to have been an ancient observatory as well as a place of worship where the god Amun would interact directly with the people of earth. 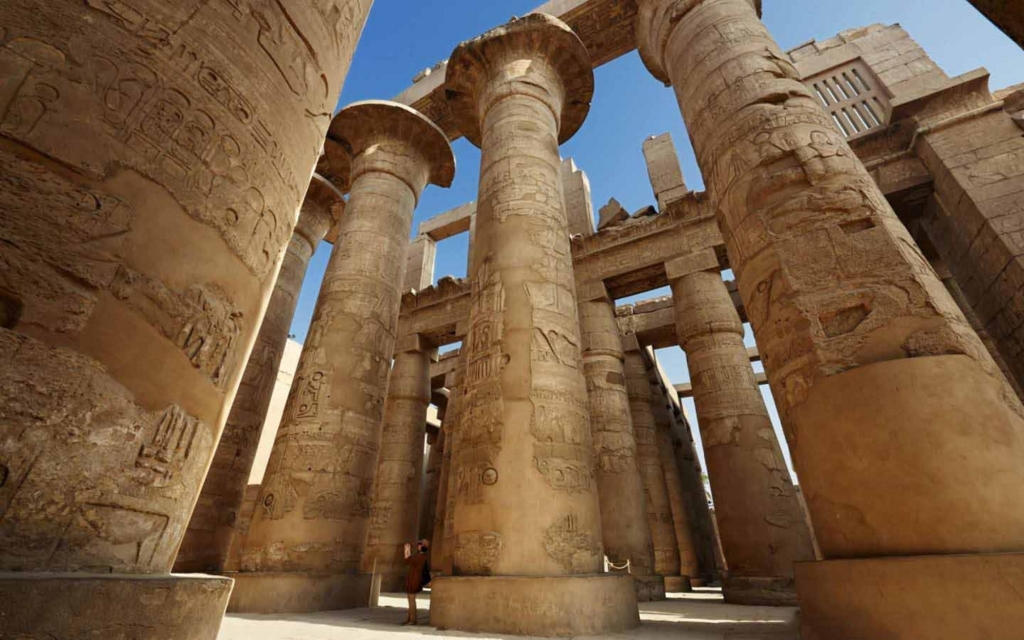 The Temple of Amun is the largest religious building in the world (though some claim Angkor Wat in Cambodia is larger) and honors not only Amun but other gods such as Osiris, Montu, Isis, Ptah and the Egyptian rulers who wished to be remembered for their contributions to the site. It was built gradually over the centuries, with each new ruler adding to it, from the beginning of the Middle Kingdom (2040 - 1782 BCE) through the New Kingdom (1570 - 1069 BCE) and throughout the Ptolemaic Dynasty (323 - 30 BCE). It has even been suggested that the rulers of the Old Kingdom (c. 2613 - c. 2181 BCE) first built there owing to the style of some of the ruins and the king's list of Old Kingdom monarchs inscribed by Tuthmose III (1458 - 1425 BCE) of the New Kingdom in his Festival Hall there. His choice of kings suggests that he may have removed their monuments to build his hall but still wanted them to be remembered. Structures were regularly removed, renovated, or expanded during the temple's long history. The complex continued to grow with each succeeding ruler and the ruins today cover over 200 acres of land. It has been estimated that one could fit three structures the size of Notre Dame Cathedral in the main temple alone.

The Temple of Amun was in constant use with perpetual growth for over 2,000 years and considered one of the most sacred sites in Egypt. The priests of Amun who oversaw the administration of the temple became increasingly wealthy and powerful to the point that they were able to take control of the government of Thebes toward the end of the New Kingdom when rule of the country became divided between theirs at Thebes in Upper Egypt and that of the pharaoh in the city of Per-Ramesses in Lower Egypt. The rise of the power of the priests, and the resulting weakness of the position of the pharaoh, is considered the major contributing factor in the decline of the New Kingdom and the beginning of the Third Intermediate Period (1069 - 525 BCE). The temple complex was damaged in the Assyrian invasion of 666 BCE and again by the Persian invasion of 525 BCE but, both times, was repaired and renovated.

Wait for me in a new article and a new information about Egypt and the world of pharaohs, which is not finished
Thank you all
Best Regards