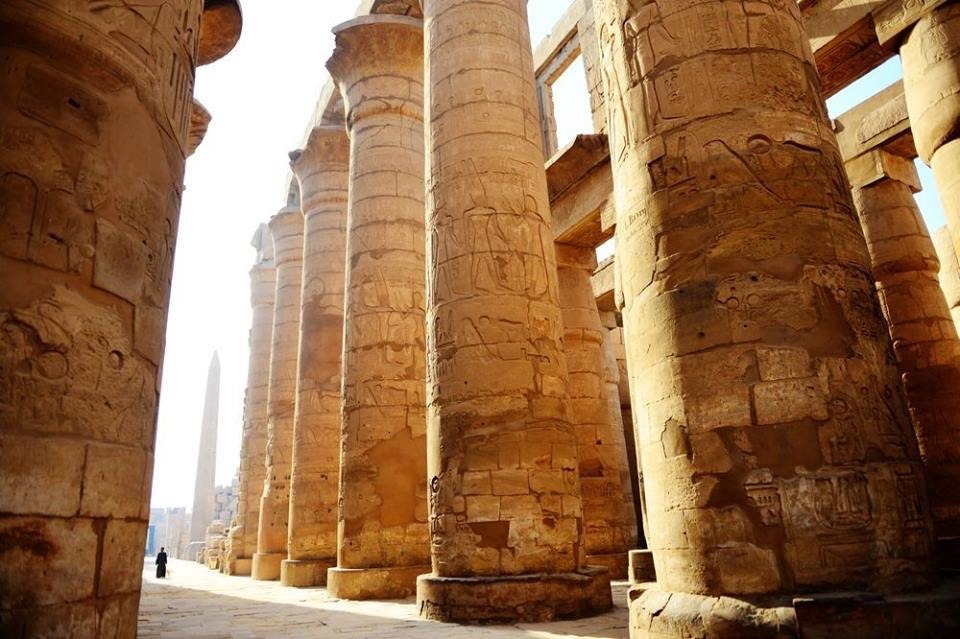 Arrival to Cairo airport, our representative will meet you in the airport then you will be transferred by a private A/C car to your hotel to check in. Evening time you will start your Egypt tour packages by a Dinner Cruise:
Sit back and relax while you enjoy a colorful belly dancing show with a folklore band, featuring the unforgettable tannoura spin, in keeping with Egypt’s whirling dervishes tradition, then you will be transferred back to your hotel.
Pyramids Tour:

After breakfast, you will join your private tour guide to visit one of the 7 Wonders of the World:
Giza Pyramid Complex:

The complex includes three main pyramids, six little pyramids, the great sphinx and the Valley Temple. The complex dates back to the 4th dynasty 2400 years B.C.
The Great Pyramid:

It is the oldest and largest of the three pyramids of Giza plateau and the only one to remain intact from the 7 Wonders of the Ancient World. The height of the great pyramid is 147 m, the number of stones used in construction is 2,300,000 and it took twenty years to be built.
The Great Sphinx:

It is the largest statue in the world, standing 73 m. long, 19 m. wide, and 20 m height. It is the oldest known monumental sculpture.
The Valley Temple:

A Granite mortuary temple used by Ancient Egyptians for the mummification process and this is the only remaining one at Giza plateau Proceed to have your lunch at local restaurant in Cairo. Then we will move to visit :-
Saqqara Step Pyramid :

It is considered to be the earliest large-scale cut stone construction; it dates back to the reign of King Djeser who ruled Egypt during the 27th century B.C. The step pyramid consists of 6 steps built atop one another with a height 62m. Then move to visit :-
Memphis City:

The 1st capital all over Egypt founded by King Menes, It occupied a strategic position between Upper & Lower Egypt. Memphis was believed to be under the protection of the god Ptah, the god of creation and artworks Finally, we drive you back to your hotel .
Cairo Tour:

After breakfast, you will join your private tour guide to visit Cairo Highlights:
The Egyptian Museum:

The museum displays a rare collection of 5000 years of art. Over 250,000 genuine artifacts are presented, including an exhibit dedicated to Tutankhamen collection of treasure, gold and jewelry which was enclosed in his tomb for over 3,500 years. Lunch will be served at local restaurant in Cairo then proceed to visit :-
Salah el din Citadel:

It served as Egypt’s seat of government till the 1860s, Cairo Citadel is a magnificent fortress. It was constructed during Salah ad-Din reign. The construction work has started in 1176 and was completed in 1182. Then move to visit :-
Mohamed Ali Mosque:

It was constructed between 1830 and 1848 , the mosque named ” The Alabaster Mosque” because most of the walls made out of pure alabaster. The mosque is a replica from the Blue Mosque in Istanbul. Finally, enjoy visiting :-
Khan El Khalili Bazaar:

No visit to Cairo is Complete without a stop at the Khan El-Khalili bazaar, the bazaar is the oldest and the most famous in the middle east. It was constructed in 970 AD, the same year as the founding of Cairo. At the end of the day we will catch the flight to Luxor for overnight at 5* hotel.
Luxor Tour :-

Take a fascinating private tour to Luxor joining your private Egyptologist guide to visit :-
Valley of the Kings:

The final resting place of Egypt’s rulers from the 18th to 20th dynasty, it is home to tombs including the great pharaoh Ramses II and boy pharaoh Tutankhamen. The tombs were well stocked with all the material goods a ruler might need in the next world. Most of the decoration inside the tombs still well preserved.
Hatshepsut Temple:

It is one of the most beautiful & best preserved of all of the temples of Ancient Egypt. The temple was built on three levels with two wide ramps in a central position joining the levels together.
Colossi of Memnon:

Two massive stone statues of king Amenhotep III are the only remains of a complete mortuary temple. The statues are made from blocks of quartzite sandstone which exist in Cairo then moved 700 KM to Luxor.
Lunch will be served on an island, so your tour includes boat trip in the Nile then finish your Egypt travel packages by visiting:
Karnak Temples:

No site in Egypt is more impressive than Karnak. It is the largest temple complex ever built by man. It represents the combined achievement of many generations of ancient builders and Pharaohs. The Temple of Karnak is actually three main temples situated on 247 acres of land.
Finally, you will catch the flight back to Cairo for overnight.
Final Departure:

Breakfast at the hotel then our representative will transfer you to the airport and assist you at the airport through final departure formalities to end your Cairo & Luxor tour package.